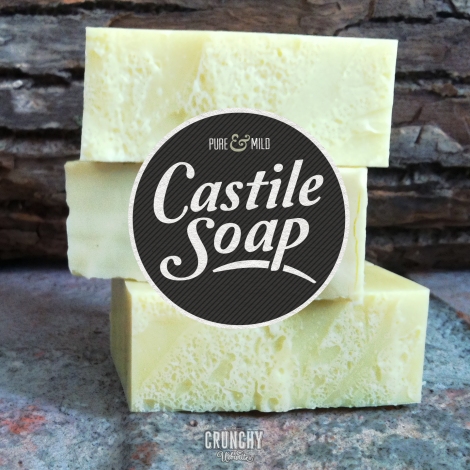 Of all the products I’ve made myself, soap was always the DIY project that dare not speak its name. The ingredients were simple, the outcome was delightful, but there was that middle part with the horrible threat of flesh-eating burns and death that kept me relegated to scrubs and salad dressings.

But when I came across a recipe for a pure olive oil soap, it was so simple, I couldn’t resist. It seemed the perfect place to start.

This should yield about 30 two- to three-ounce bars. (Holy crap, right?) I’ve halved the original recipe to make it more manageable after I found myself working with over ten pounds of ingredients once I got going. This one is more… apartment-sized.

To get a sense for the soap-making process before you do anything — the steps, the tools, and how to be safe — I recommend The Crafty Gemini’s YouTube tutorial.

I started by heating the olive oil on the stove. I knew it would hold its heat while I made the dreaded lye water. Like most things in life, the lye water actually wasn’t that hard. Aside from the fumes smelling like instant death, the only unexpected moment of panic was measuring the lye, when a static charge on my measuring cups sent lye granules flying everywhere but in.  After I made the lye water outside, I poured it into a 5-gallon bucket with my olive oil and blended it for all it was worth until it was about the consistency of school cafeteria custard. (It looked about as appetizing, too.) This is another reason I halved the recipe, because 10 pounds of flesh-eating sludge can be surprisingly daunting in the moment.

Back inside, I’d lined shallow cardboard boxes and cut-out milk cartons to act as moulds. I slopped in my soap, and decided to add essential oils to a few now that I had smaller batches. The rule for essential oils is about a half-ounce per pound of soap. So I grabbed one mould, weighed it, measured some essential oils — I went for the peppermint and rosemary — and just poured it on top and mixed it all in. Then I put the soap moulds off to the side and covered them with a garbage bag, then blankets to insulate them overnight. (Oh, all right, it was dirty sheets and towels.)

Score your blocks every one to two inches before you start cutting for uniformly-sized bars.

I didn’t understand that last step until the next day when I took the blocks of soap out for cutting. The soap that’d been insulated was rock hard, while the dirty mixing bucket I’d left outside in the cold had soap, too, but kind of smooshy to the touch. Heat is clearly a commodity. I cut 1-inch-thick bars that (depending on the moulds) came out to about 2 or 3 ounces apiece. (And, yes, I was squealing with delight with every bar.) Then I arranged them to dry and left them alone for about 6 weeks to cure into nice, hard bars.

The clean-up. For some reason, everyone always forgets this part when they talk about soap-making. So here’s the deal: you can clean up the day of — as some people certainly do — but any lye that hasn’t found a fatty acid molecule in the oils yet will happily go for you, or various things in your kitchen like aluminum. Plus, any oils that haven’t been saponified by the lye can stick to your pipes and potentially clog your drain. I say your best bet is get as much off your tools as possible, then let everything sit overnight. The next day, anything questionable will be plain old, bona fide soap!

I don’t know about other cities, but in New York, a bar of natural soap like Dr. Bronner’s is almost $5. But if I divide the number of bars I made in this recipe from the cost of all my ingredients — not counting the scale and thermometer and all the upfront stuff — a bar of quality, natural soap only costs me 80¢ a pop. Eighty cents! Not too shabby, huh?

I used an old shower caddy as the perfect drying rack to hang compactly out of the way.

“But, Crunchy Urbanite,” you’re saying. “You’re so gung-ho about organics; how come you didn’t say to use organic olive oil?” (Or at least, that’s what I said to myself.) The truth is, when I saw how much it would cost me to buy large quantities of organic olive oil, I did a little sleuthing. Olive oil is one of those crops with next to no toxicity difference between conventional and organic. Personally, I’ll still buy organic for cooking, but for something like soap, I went conventional.

Smelling my soaps curing for six weeks was incredible. But using them was even better. Pure olive oil soap doesn’t lather much — a frothy lather typically comes from added detergents for show, anyway — but, wow! What a great clean. 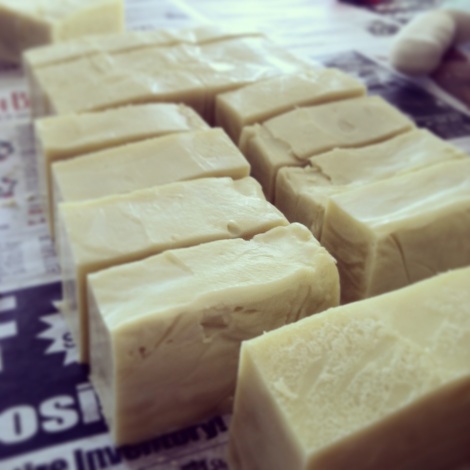 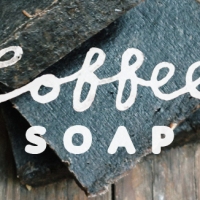 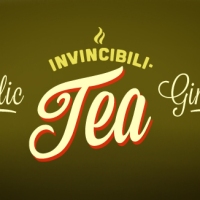 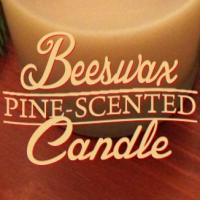